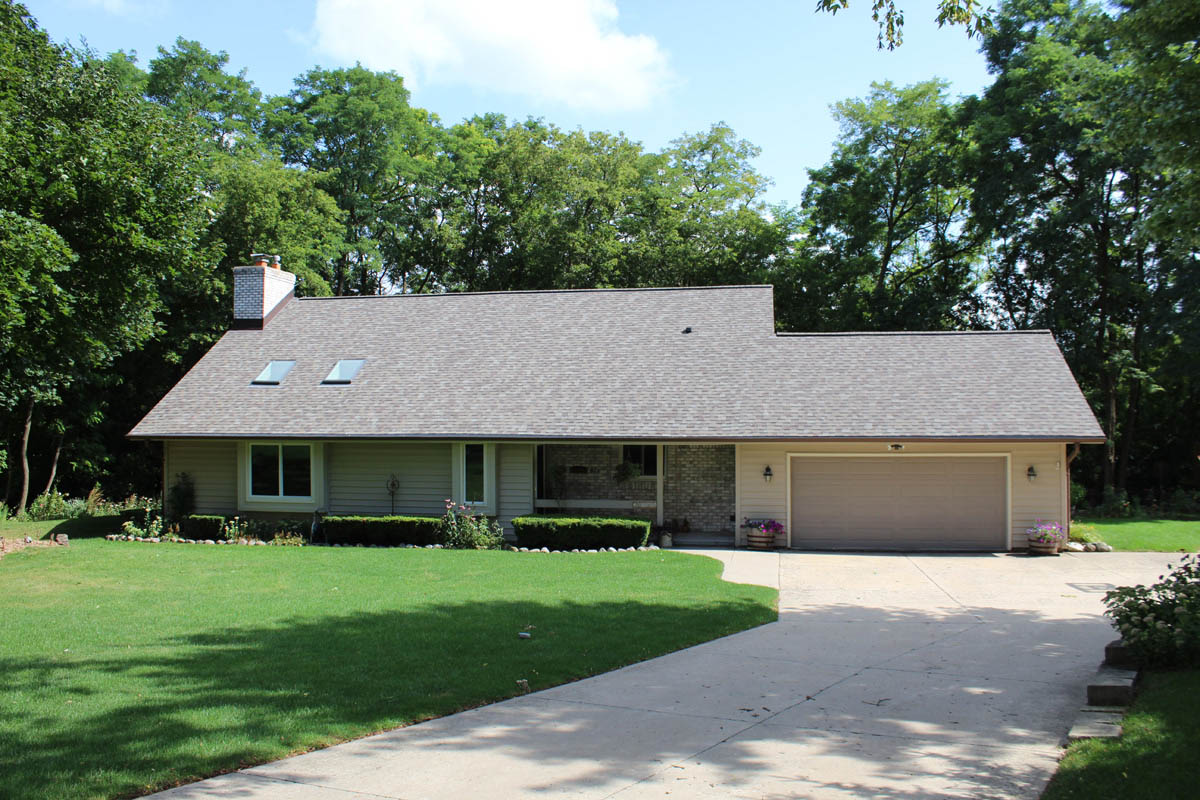 The owners of this Pewaukee residence have been customers of BCI Exteriors since 2012. Prior jobs include attic insulation, roof repair, and updated chimney flashings.

When BCI’s Service Technician, Kevin, went to the home for a 2-year inspection of the chimney flashing repair, he saw an issue with the roof: it was failing. He suggested that the roof be replaced and the homeowners agreed. While the project was going on, it was discovered that the plywood underneath had grown mold due to improper venting of the original roof. To prevent future issues and the spreading of mold, BCI replaced the plywood and installed a roof with better ventilation, allowing for better air circulation.