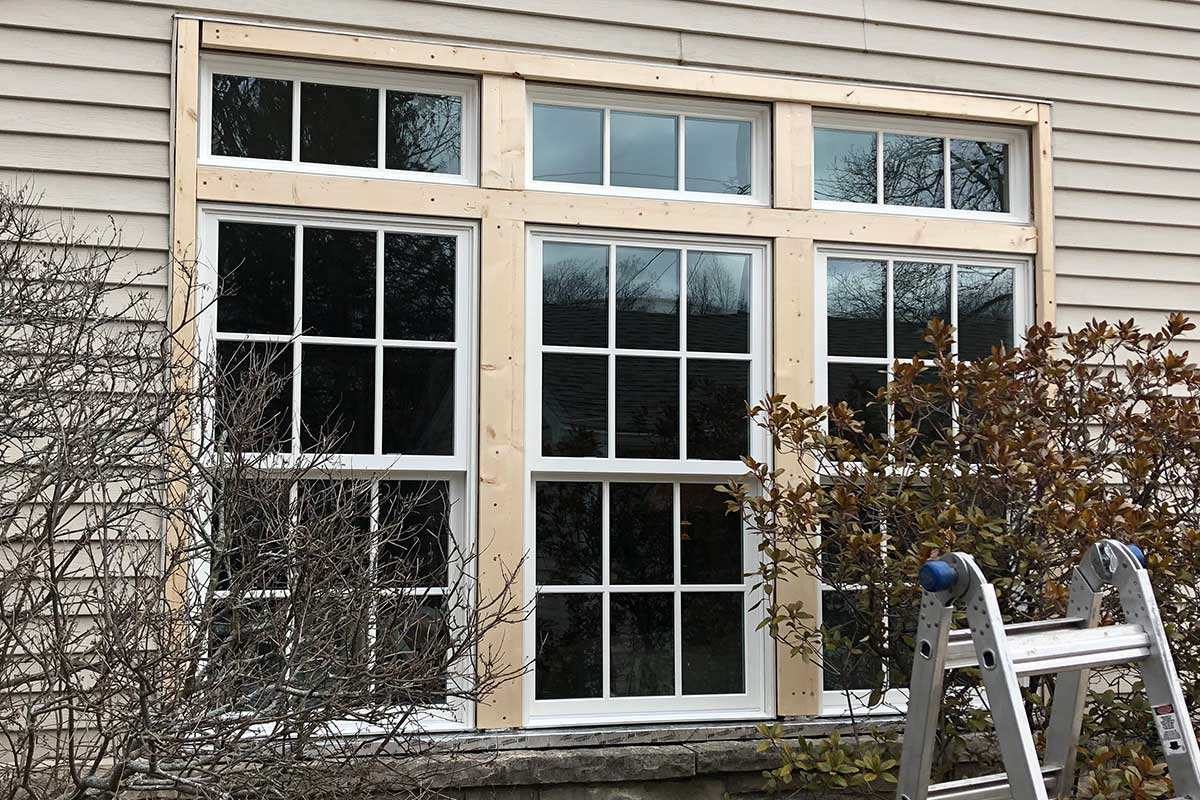 In the case of this Wauwatosa home, it was discovered the window’s structure had become compromised. The homeowners intended to update three transom windows in their living room but when the BCI crew exposed the window’s wooden frame, they found rot and mold.

Due to the unforeseen hiccup, the owners decided to remove all of the existing windows and framing and start fresh. All new Beechworth transom and double-hung windows were installed in addition to a new wooden frame that was wrapped to provide an air tight vapor barrier to protect against moisture.

Both rotting and mold are a result of consistent exposure to water over a long period of time. If ignored, mold will continue to grow and spread and compromise the window structure. Having mold in the home is bad for tenants to breath and could lead to potential health problems.